Social Media Evidence at the Center of the A-Rod Suspension

Earlier this month, Major League Baseball took the unprecedented step of suspending a star player, Alex Rodriguez, for two years due alleged illegal use of performance enhancing drugs (PEDs). While the suspension of one of baseball’s greatest players of all time made the headlines, the critical role social media evidence played in tying “A-Rod” to Biogenesis, the company which allegedly provided him with the PEDs, is an 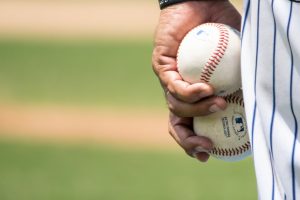 Specifically, investigators collected key evidence from publically available Facebook posts and Tweets from associates of the targets, which apparently proved to be the most effective source of evidence. Per the AP: “Baseball investigators examined the Facebook pages of (Biogenesis founder Anthony) Bosch and Porter Fisher, the former Biogenesis associate who gave documents to the newspaper. They began to sketch out which people they were friends with, and which of those friends posted photos of athletes or mentioned athletes. Each link led to new loops that provided leads.”

In response to the investigation, MLB players’ union general counsel David Prouty noted that social media evidence “adds a layer of proof that certainly wasn’t available many years ago.”

This type of thorough investigation of publically available social media evidence is only possible with best practices technology that enables scalable and automated collection of up to millions of items preserved and organized in a single case in an instantly searchable and reviewable format.

Given its very high profile and the high stakes involved (The suspension could cost A-Rod over $100 million) the A-Rod case represents a seminal development in the field of social media and Internet investigations. According to the media reports, this is not a situation where social media evidence merely served a supporting role, but was a difference-maker that apparently formed the basis of the suspension.