A new version of Federal Rule of Civil Procedure 37(e) 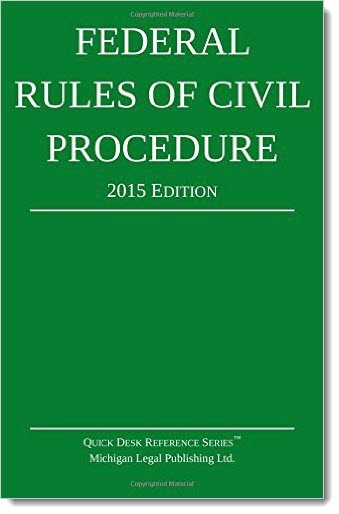 goes into effect December 1, 2015, barring an unexpected act of Congress to amend or rescind the changes. Proposed rule 37(e), features a new title: “Failure to Preserve Electronically Stored Information,” and replaces the current subpart in its entirety, providing a uniform standard to resolve a split in case law among different Judicial circuits concerning serious ESI spoliation sanctions. Rule 37(e) will be the only Federal civil rule section addressing the duty to preserve ESI and thus serves as key guidance governing eDiscovery collection and preservation efforts.

Another factor in evaluating the reasonableness of preservation efforts is proportionality. The court should be sensitive to party resources; aggressive preservation efforts can be extremely costly, and parties (including governmental parties) may have limited staff and resources to devote to those efforts. A party may act reasonably by choosing a less costly form of information preservation, if it is substantially as effective as more costly forms. It is important that counsel become familiar with their clients’ information systems and digital data — including social media — to address these issues (emphasis added).

This reference to social media is particularly notable as it is included in very important guidance concerning overall ESI preservation requirements.  The implication of the new law is clear:  social evidence is given at least equal weight and import as other forms of ESI such as email and documents. As an aside, the Advisory notes to the 2006 Federal Rules Amendments, specifically for Rule 37(f)  state: “When a party is under a duty to preserve information because of pending or reasonably anticipated litigation, intervention in the routine operation of an information system is one aspect of what is often called a ‘litigation hold.’”

Due in large part as a result of this mention, legal holds quickly became a core eDiscovery requirement, with an entire sub-industry spawned.  So there is no question that the Advisory notes are highly influential.

It is notable that social media evidence is already a core component of eDiscovery evidence collection efforts by most lawyers and practitioners.  Recently, the global law firm Gibson Dunn released their influential 2015 Mid-Year eDiscovery and Information Law Update. In a section dedicated to social media, the Gibson Dunn update reports that “the use of social media continues to proliferate in business and social contexts, and that its importance is increasing in litigation, the number of cases focusing on the discovery of social media continued to skyrocket in the first half of 2015.”

And as succinctly noted by The Florida Bar Association in its publication, Florida Law Journal, “Social Media Evidence: What You Can’t use Won’t Help You” (2014) Volume 88, No. 1:

“Social media is everywhere. Nearly everyone uses it. Litigants who understand social media–and its benefits and limitations– can immeasurably help their clients resolve disputes. If not properly researched, preserved, and authenticated, the best social media evidence is worthless.”

“Social networking sites have grown from a few thousand users to more than a billion. These sites have become a preferred form of electronic communication, surpassing email in 2009. As of March 31, 2011, 9,370,620 Floridians had registered for a Facebook account, which is approximately half of the state’s population. Based on these statistics, it is inevitable that the social media accounts of at least one person involved in a dispute will have potentially relevant and discoverable information.“

And we are of course seeing this explosive trend in the adoption of X1 Social Discovery ahead of new FRCP Rule 37(e). X1 Social Discovery is the undisputed leader in its field for the preservation and analysis of social media and other internet evidence. If you are not one of the several thousand eDiscovery, legal, and digital investigation professionals who have enthusiastically incorporated X1 Social Discovery into your standard preservation protocols, new FRCP 37(e) should be your final call to action.